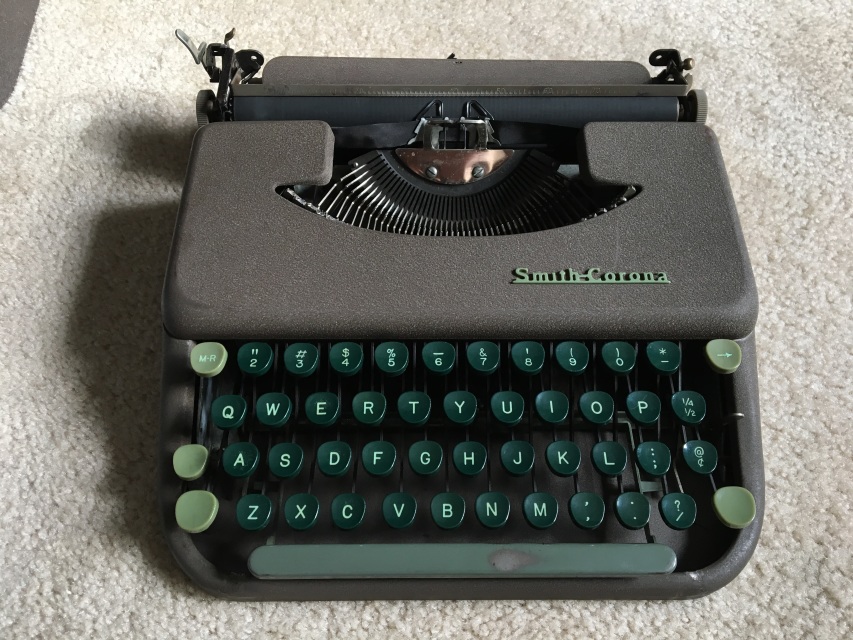 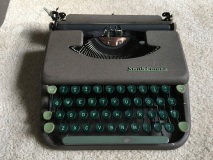 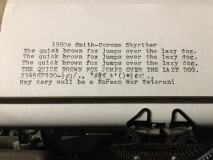 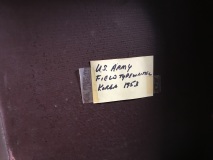 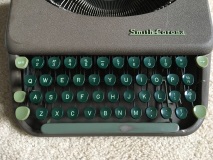 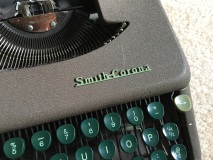 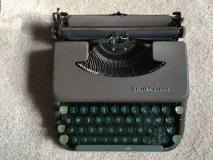 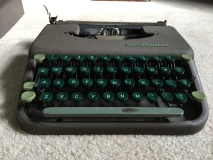 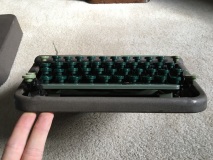 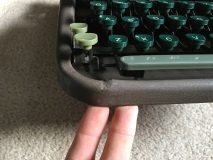 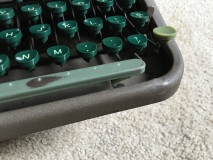 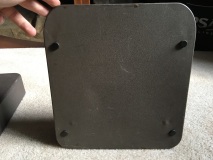 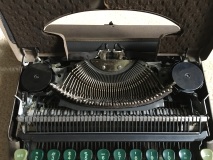 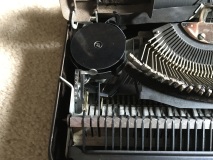 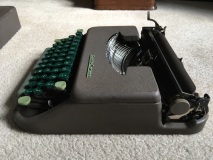 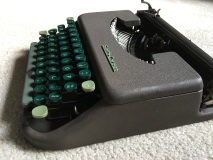 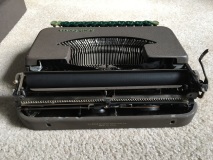 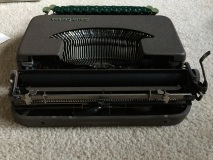 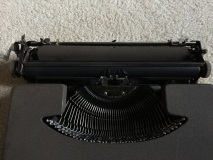 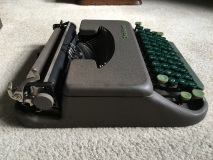 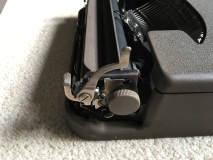 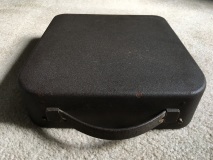 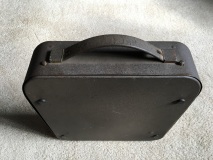 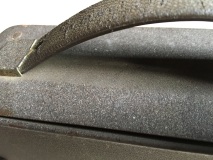 SKU:
$195.00
$195.00
Unavailable
per item
Up for sale is an interesting Smith-Corona Skyriter (2Y-Series) which may perhaps be a Korean war vet. This typewriter was manufactured in 1952, and there was a note left by the previous owner claiming that it was a "US Army field typewriter" in Korea, 1953. This may be very well possible, however it's unfortunately impossible to verify because I was unable to talk to the original owner about this typewriter's history. The Skyriter was Smith-Corona's ultra-portable model, which was marketed to travelers needing a light, small, and slim typewriter that could still serve. This, along with the manufacture date and the Korean war make it very plausible that this typewriter indeed was either used by the US Army somehow, or possibly by a journalist "in the field" on the battlefront.
The typewriter itself is in good shape overall, however, as expected, it is not perfect. The spacebar is missing some paint where it would have been repeatedly pressed (which shows that this typewriter was used rather heavily). There are also two spots along the front frame where the metal is bent where the cover/lid latches to the machine. Only one of the two latches fully latches, however it is still sufficient for carrying the typewriter, but care should be taken. The cover/lid is also metal, and seems to have been repainted a dark granite color, which is only noticeable because of the small area of original paint still visible below where the handle is (see pictures).
This typewriter was missing its margin rail, so the margins were missing and the bell would not ring at the end of the line. I installed a margin rail with two margins from a parts Skyriter I had, so now the margins can be used and the bell will ring at the end of the line. I also had to swap out the paper tray and feed rollers because the original tray and rollers would not feed paper despite hours of making it try to work. The platen is original and is still in good shape. The only thing missing is the upper back plate which holds the paper supports and the "Skyriter" badge.
This typewriter is now fully functional, and is actually a decent typer despite its small size. This typewriter does not use universal ribbons, and includes the original metal spools which I have re-thread. I would suggest rethreading the spools when the time comes for a ribbon change, however you can also purchase a new SCM Skyriter ribbon here.
This typewriter types crisply with a very short and snappy typestroke, and can still be used reliably. If you're looking for a portable with some history behind it, then this a truly intriguing option.
Sold out
Buy Now