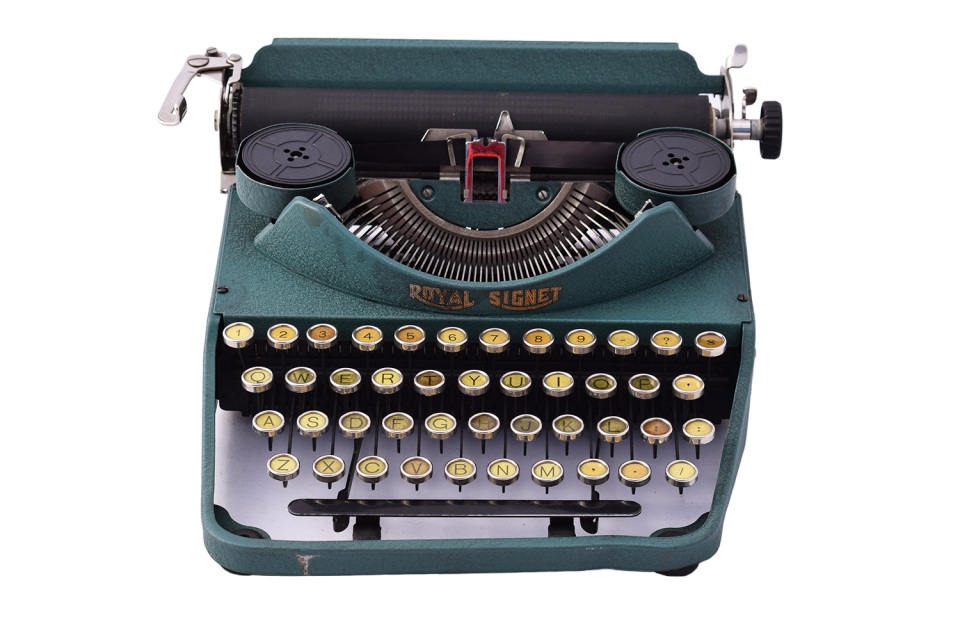 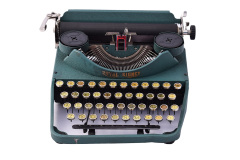 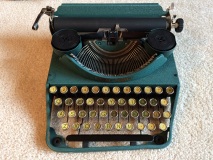 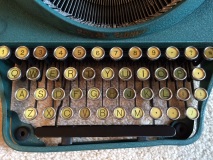 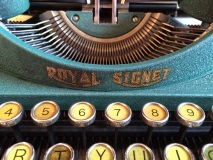 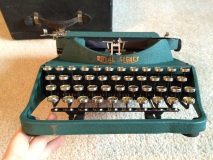 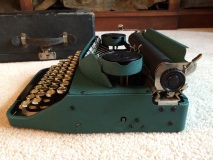 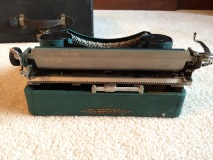 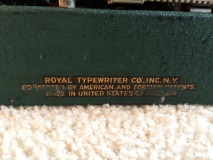 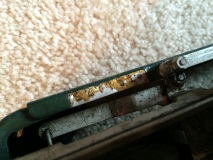 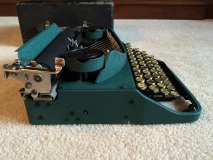 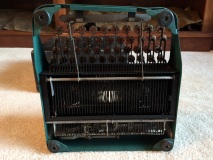 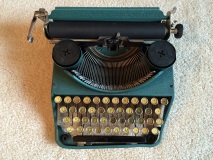 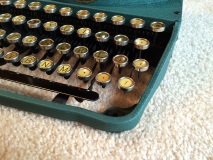 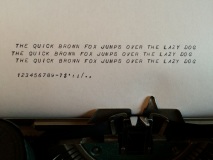 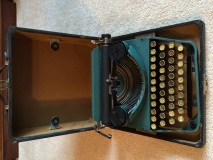 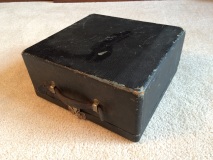 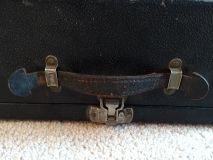 SKU:
$225.00
$225.00
Unavailable
per item
This 1934 Royal Signet has been in my collection for a few years, but I figured I'd give it a shot on the market. The Signet is a rare model, as it was made during the Great Depression, and it lacks a lot of features to cut down on costs. It only types in CAPS, and it writes in a Sans Serif font (see pics for type sample) While information online suggests that production of the Signet ended in 1933, the Serial number clearly matches up with a manufactured year of 1934 on the typewriter database.
This particular machine appears to have seen some abuse. Since these were particularly children's typewriters, it's no surprise that this one has some damage. The front right corner is clearly dented inwards, as it was probably dropped at some point. Luckily, the damage does nothing whatsoever to any mechanism on the typewriter, and it functions as if it was never dropped or damaged. I've installed a new ribbon (this only takes a single color ribbon) and while this typewriter works 100%, I wouldn't recommend it to write a whole ton. It writes just like any other nice Royal made in the 1930s, but the fact that it's missing characters, and only writes in capital letters makes it more of a collection/conversation typewriter rather than a modern day workhorse.

According to: http://sevenels.net/typewriters/royals.htm, information on this model is as follows: "Little information is available on this family. The first of these, the Signet, was made only from Autumn, 1932 until about Sept, 1933. Rolled out with a heavy advertising campaign that included an essay contest, it was marketed as a low-cost alternative for "children, housewives, and letter writers". It is caps-only, with a san-serif italic font designed especially for this machine for maximum readability. It's entirely possible that the Signet was Royal's answer to Remington's no-frills Remie Scout.Despite immediate popularity, the Signet was abruptly discontinued after a single year. It seems that its low cost and popularity turned out to be its own undoing. The public was buying, but dealers weren't re-ordering. At $29.50, the Signet undercut the dealers' rental and rebuilt-machines business, both critical profit items. Royal had reasoned that the Signet's customers, once having mastered the Signet's simple features, would trade up for a more expensive model. However, in the thick of the Depression, dealers had little interest in waiting for the Signet to turn a profit "in the long run". So the Signet was discontinued and replaced around November, 1933, with something Royal internally called the 845, or "45" for short. (I'm still trying to identify exactly what this machine was.)"
Sold out
Buy Now