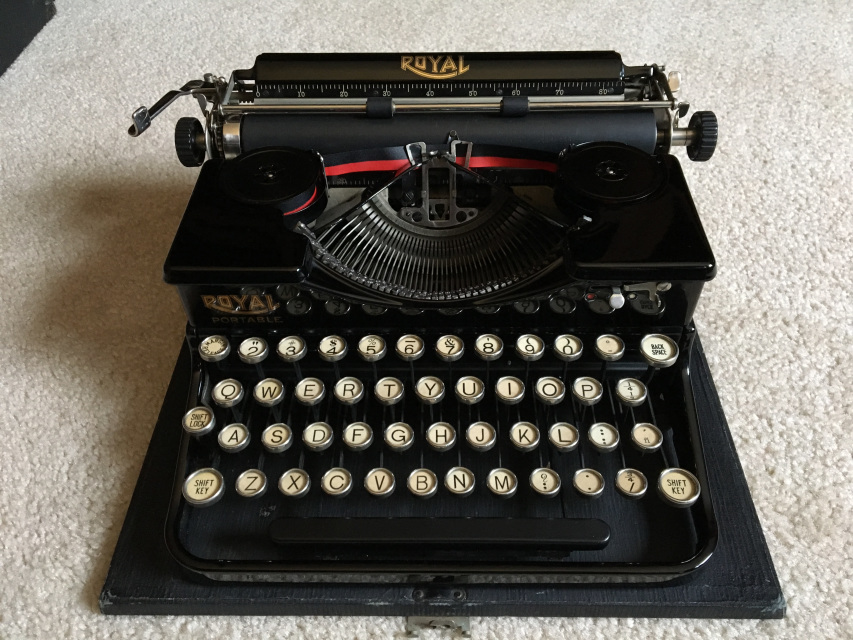 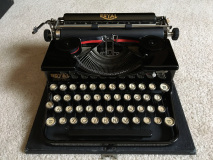 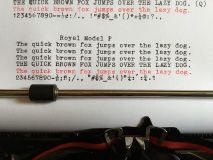 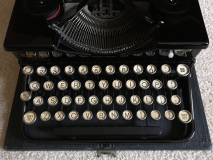 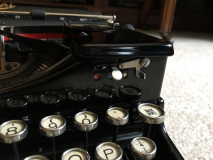 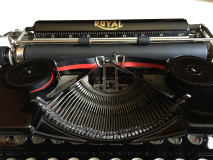 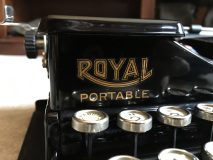 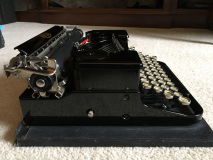 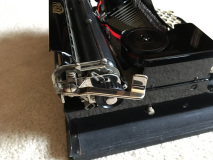 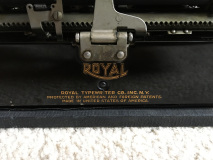 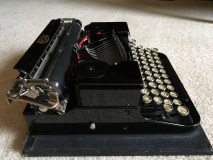 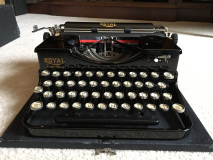 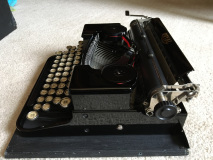 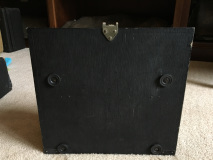 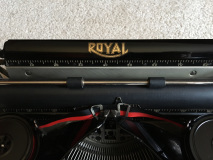 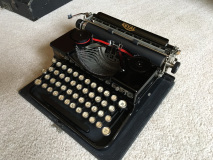 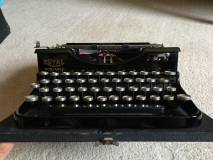 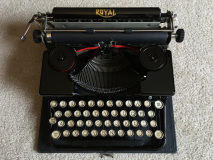 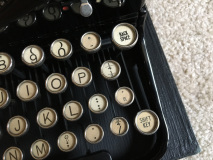 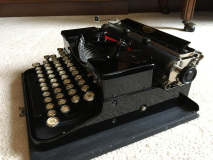 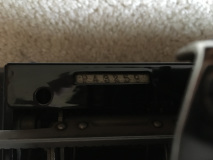 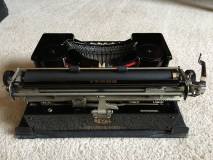 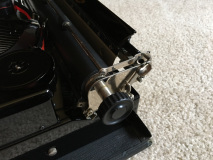 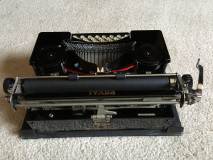 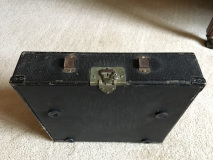 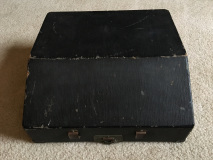 Up for sale is an absolutely stunning Royal Model P which was made in 1927- only the second year of Royal’s portable manufacturing run. This particular machine is in really impressive condition considering its age, and is fully functional. The glossy black paint shines like a mirror all around, and the nickel plating also shines well. The original golden labels are crisp and look new, with no wear. The keyboard also contains some Spanish characters (see pictures).

Mechanically, this typewriter is also just as perfect as it looks. Everything is fully functional right down to the bell. While I would not recommend this machine over others to write something like a novel on, this typewriter is still a nice machine to type on and can definitely be used as frequently as you desire. Universal ribbons fit this machine perfectly, however (unless it doesn’t matter to you) the spools are exposed, so the original metal spools look much more classier than the new plastic universal spools. You’ll either want to re-thread the original metal spools, or you can decide to just install the new universal spools when the time comes for a new ribbon.

I have also installed new rubber feet on the base of this typewriter, as the old feet were completely worn. The original leather handle is missing from the case, however the buyer has the ability to replace the handle with whatever they chose (or not to replace it at all). The owner’s manual can be downloaded for free here: http://site.xavier.edu/polt/typewriters/RoyalPortable1926.pdf

If you’ve been searching for an impressive ‘20s portable in near mint shape that’s ready to be used somewhat heavily and reliably, then look no further.