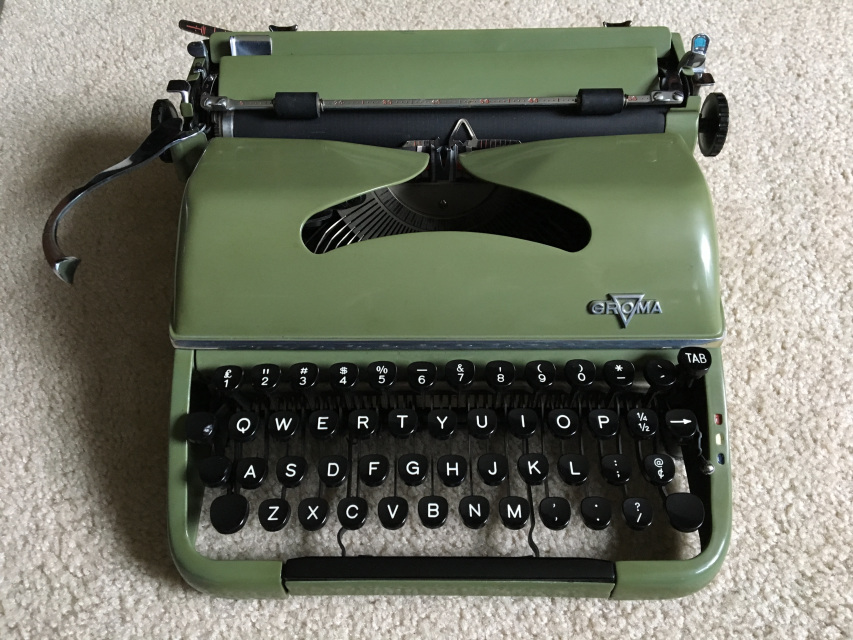 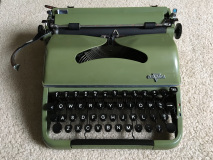 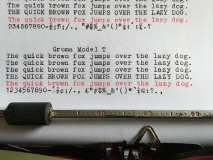 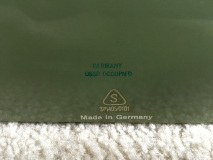 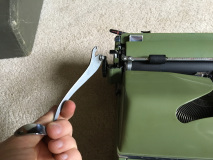 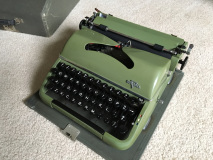 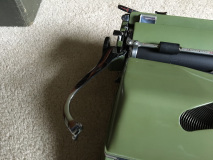 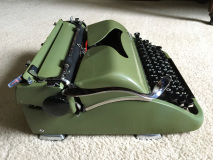 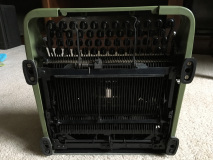 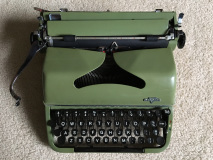 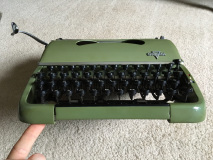 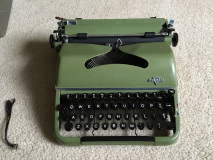 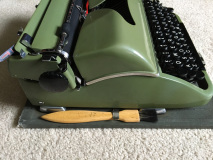 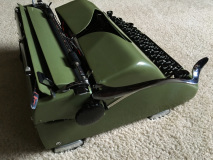 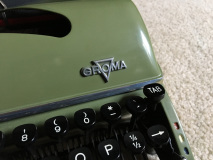 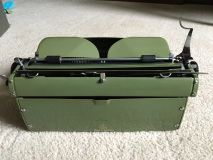 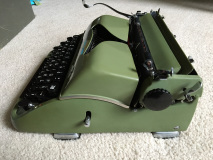 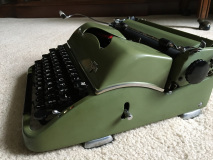 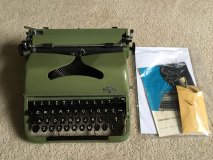 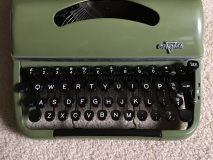 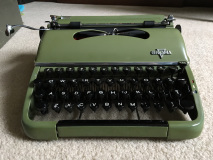 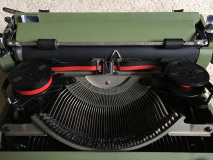 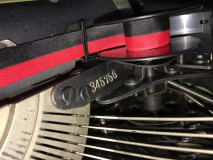 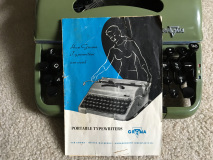 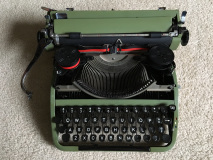 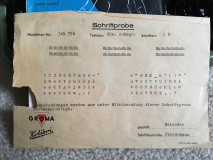 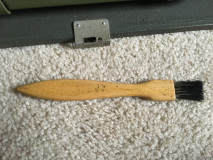 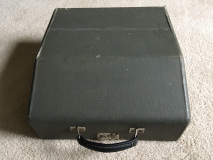 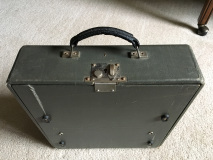 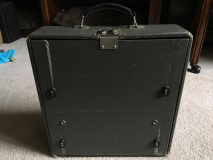 Up for sale is a beautiful and rare Groma Model T which was manufactured in 1956 in USSR-occupied Germany; a region where very few typewriters destined for American export were manufactured. This typewriter would be much more valuable if the carriage return lever were functional, however unfortunately the carriage return lever is strictly for decoration. The lever itself does not properly stay where it’s supposed to stay in use, however the lever will sit where it’s made to be placed if it is kept stationary. The lever can easily be taken off or re-placed depending on your preference, however in my opinion the machine looks much better with the lever in place.

This typewriter is otherwise completely functional, and can still be used heavily despite not being able to use the carriage return lever (you can still efficiently use the carriage knobs and push the carriage manually without using the lever to advance to the next line). This Groma has a very smooth and reliable typing mechanism, making this machine an excellent candidate for heavy and frequent typing if you’re okay with not having an operational carriage return lever.

This typewriter also comes with the original owner’s manual and the final type test sample from the factory, which is rare. Also included is a brush which clips next to the typewriter on the base.

As I said, this typewriter is an extremely collectible and rare machine, and would be selling for much more if the carriage return lever was functional since the rest of the machine is in perfect working order. It is possible to acquire a parts machine or “jerry-rig” the lever so that it’s functional, but for now it is being sold as it is.