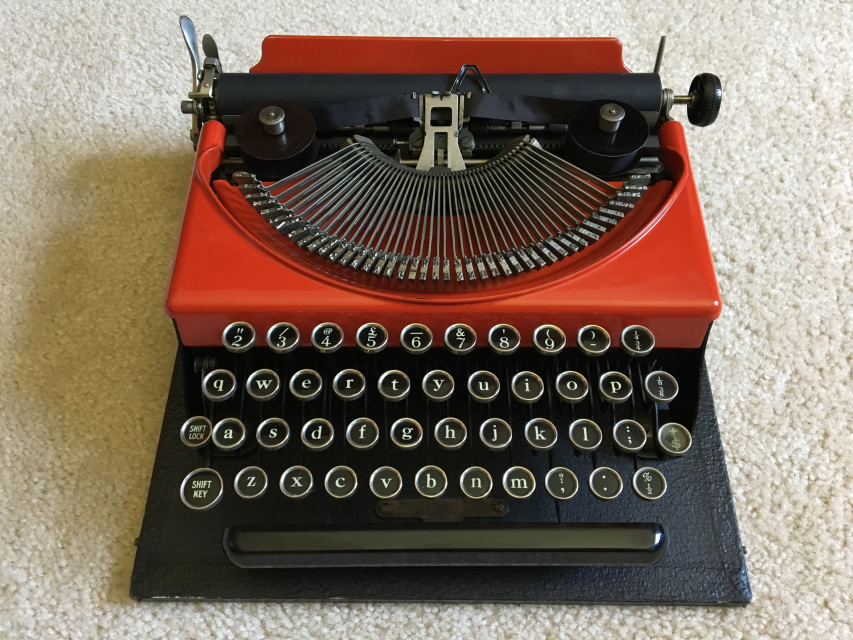 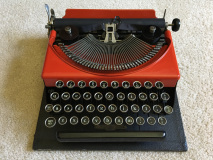 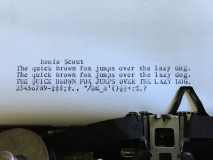 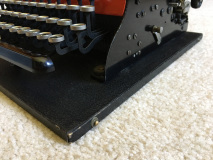 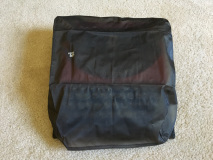 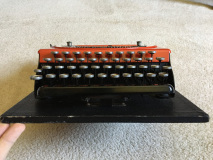 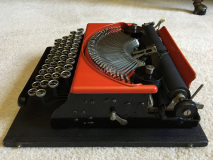 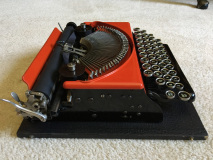 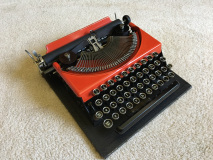 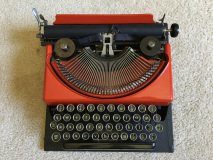 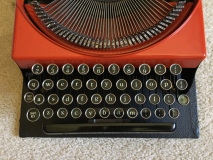 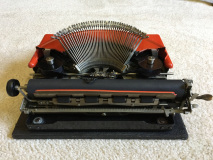 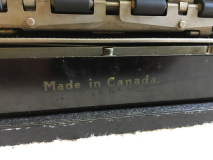 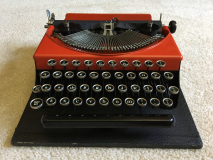 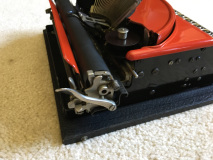 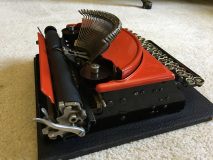 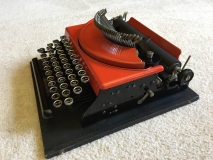 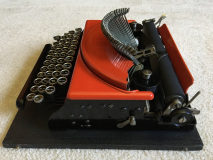 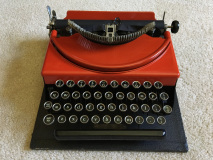 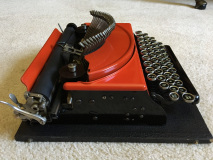 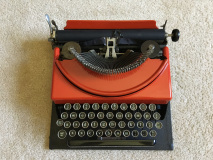 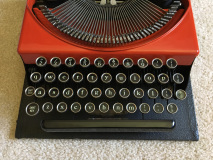 Up for sale is an extremely uncommon Remington Remie Scout which was manufactured in Canada in 1932. The Remie Scout was one of Remington's depression-era machines which lacked features that the regular portables would normally have. Some Remie Scouts only typed in all caps in addition to lacking the front body frame. This particular scout only has a shift key on the left side, but does type in both upper and lower case. The font is also a unique Art Gothic san-serif typeface which was only featured on the Remie Scout line.The frame is referred to as an "open frame" because there is no frame surrounding the keyboard as there is on most machines. This typewriter also never had a proper lid for the case- instead it was known as an "oil cloth." The original cloth is long gone, but would have snapped to the base in 4 points. As a replacement, included is an Olivetti cover which fits perfectly, but doesn't snap to the base. More information about the Remie Scout can be found from the following sources:

Condition wise, this machine is in impressive condition. Since the Remie Scout label is not present, I am not sure if the red paint is original or not, however I know that this paint color was originally used on other Remie Scout machines. This machine is fully functional, However I would not want to use this machine heavily. Being a depression-era machine, this typewriter was made for people to get by with a functional machine which lacked a lot of features in order to cut down on costs to make the typewriters affordable in a time where people were largely unemployed and could hardly afford the bare necessities. If you’re looking for a machine to type with frequently, this is not the typewriter for you. However, keep in mind that this typewriter is in fact fully functional and works as it did the day it came off the factory line. I did install a new ribbon, however the print is on the light side for some reason despite being a fresh ribbon. On the topic of ribbons, you are going to want to re-thread the original spools with a single color ribbon. The spools are uniquely held down using a cap on each spool which screws on.

All in all, if you’re looking for an almost one-of-a-kind machine with a ton of history surrounding it, this is a truly impressive conversation piece which would be a great addition to any collection, bookshelf, or table.