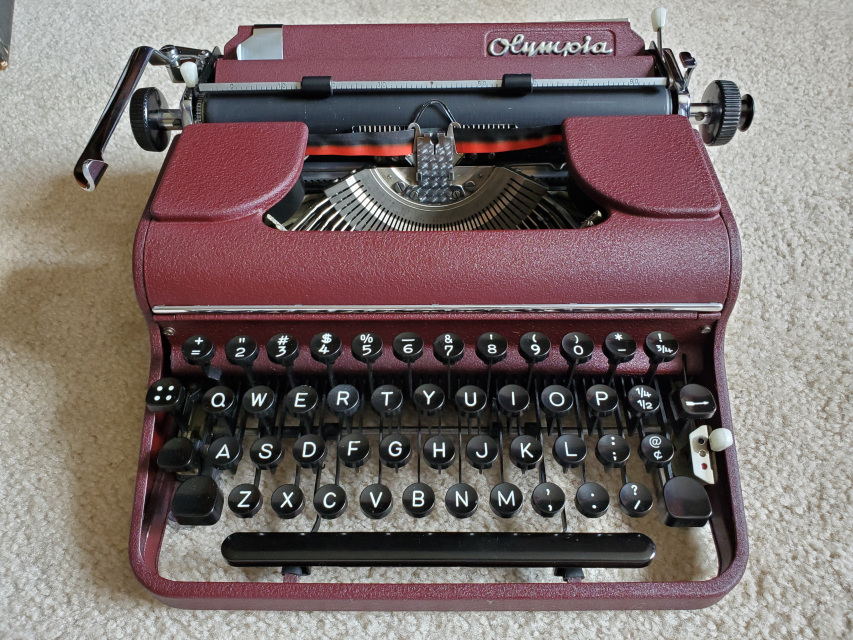 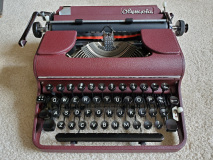 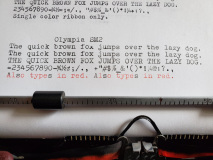 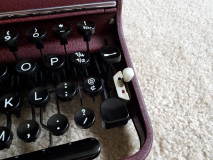 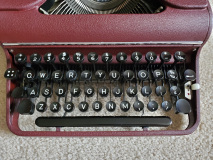 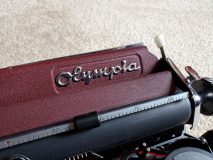 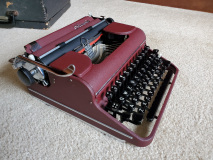 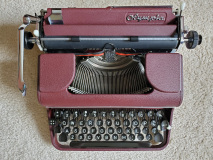 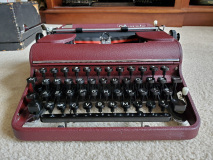 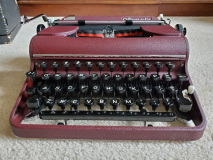 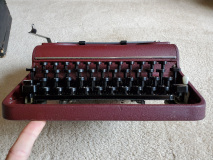 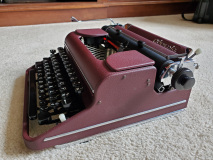 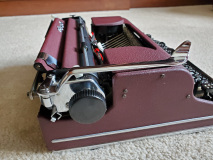 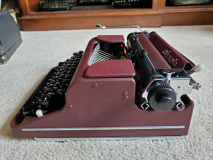 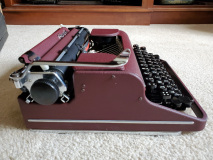 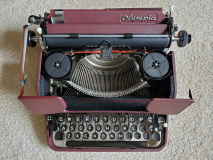 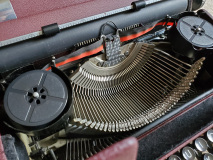 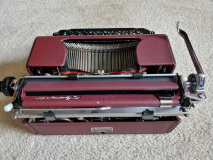 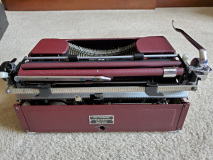 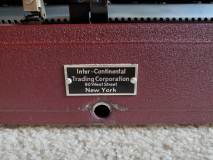 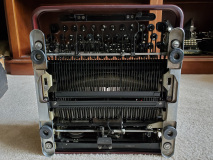 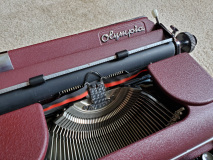 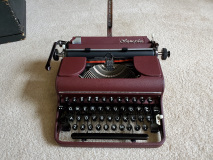 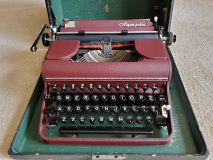 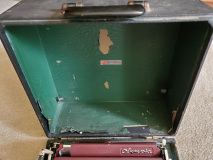 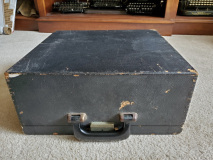 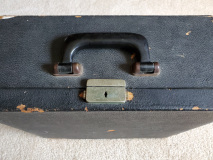 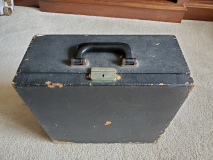 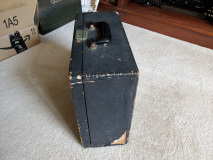 Up for sale is a truly uncommon Olympia SM1 which was made in Western Germany in 1951. This typewriter was the first model Olympia exported to America post-war, but not many can be found in the states, especially compared to the later SM series, starting with the SM3. Until I did further research on this machine, I believed it to be an SM2- which seems to be a common mistake with a few other sites/collectors, but it's indeed an SM1.

This particular machine is in amazing condition all around, and is fully functional down to the bell. The typewriter, despite its age, is a very smooth and reliable typewriter. The "s" key does not seem to want to type in red, but other than that, this typewriter is flawless mechanically. This machine types in the standard pica typeface, at 10 characters per inch.

The maroon crinkle paint finish is an awesome look on this machine, and goes well with the black keyboard and chrome carriage ends and trim.

The carrying case is in decent shape, and still does its job perfectly, but does have a fair amount of wear consistent with its age.

Universal ribbons fit this machine perfectly, and are sold on this site. Unfortunately, I could not locate any copies of the owner's manual online for download, consistent with this machine's rarity. Still, referencing an SM2 or SM3 user manual can be helpful if you're unfamiliar with typewriters.

Anyone could use this machine heavily or reliably, but this is probably a typewriter that is better suited to someone who can appreciate this machine's rarity and importance, since it's a lot more collectible and valuable than the later Olympia SM machines- especially in this color and condition.