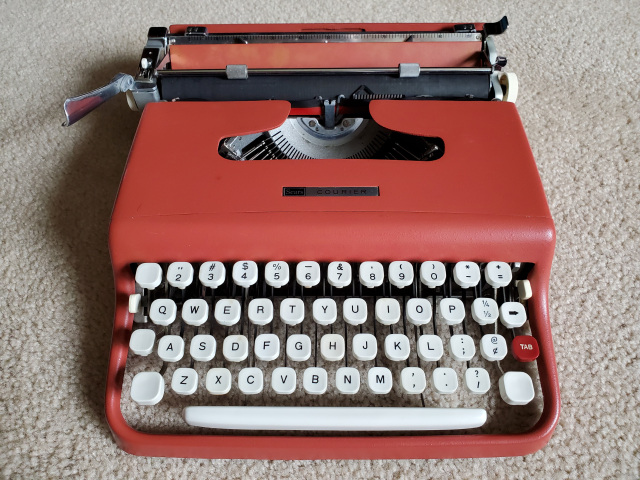 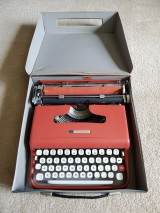 Up for sale is a unique and rather uncommon Sears Courier which was manufactured in Mexico in 1968. This typewriter is essentially a clone Olivetti Lettera 22- just re-branded, lacking the touch control feature, and having a more modern carrying case. And of course, it's a nice shade of red instead of the light blue shade that most post-war Olivetti typewriters are known for. Despite being off-brand, this machine is identical in quality to the real Olivetti Lettera 22. This typewriter would not be my first choice for heavy writing (such as a novel), however it is still fully functional and a reliable machine especially for its small size and weight. Keep in mind that the typeface is elite (12-pitch) so it's slightly smaller than the standard print- however it's still very much crisp and legible as seen in the type sample. This typewriter uses universal ribbons sold on this site, held down by 2 thumb screws. The owner's manual for the Olivetti Lettera 22 can be found here: https://site.xavier.edu/polt/typewriters/OlivettiLettera22manual.pdf

If you're in the market for a slightly more collectible and unique portable that can still be used frequently, then this is an awesome choice.